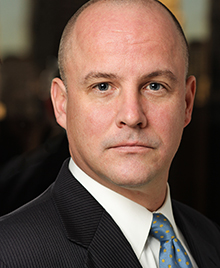 Scott D. Laton is a veteran attorney with substantial experience litigating complex commercial disputes in state and federal court. His areas of practice include insurance, business litigation and employment law. Scott has represented companies across an array of industries including insurance, media, banking and finance. He has regularly advised and successfully represented private equity firms and their portfolio companies in a host of disputes. Additionally, Scott has substantial transactional experience which informs a bottom-line-oriented approach to advising his clients from the early-stage evaluation of disputes through trial.

After clerking for the Hon. Edward R. Korman, then Chief Judge in the Eastern District of New York, Scott began his career at Simpson Thacher & Bartlett. Scott’s experience at Simpson Thacher included representing numerous insurance companies in coverage disputes, a major airline in conjunction with a government investigation relating to its cargo business, a leading private equity firm in a derivative shareholder suit arising out of the acquisition of one of the world’s largest hotel chains, a major investment bank in relation to a government investigation, the Natural Resources Defense Council in a suit challenging the importation of Peruvian Mahogany and an international law firm in a dispute arising out of a series of real estate transactions.

Following his tenure at Simpson Thacher, Scott worked at MacAndrews & Forbes Holdings Inc. where he served as Special Counsel to the Chairman.

Prior to law school, Scott investigated police misconduct for the Civilian Complaint Review Board in New York City.