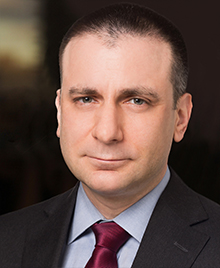 After joining the firm in 2016, Mr. Joseph achieved a complete defense victory in New York State Supreme Court. Mr. Joseph and Adam Miller were brought in as trial counsel for defendants in Doyle v. Icon, in which plaintiff had made claims for conversion and unjust enrichment. After a six-day trial, the plaintiff lost on both of its claims and recovered nothing.

Prior to joining the firm, Mr. Joseph was one of the original members of plaintiff U.S. Bank’s team in MASTR Adjustable Rate Mortgages Trust 2006-OA2 et al v. UBS Real Estate Securities Inc. in the Southern District of New York. In the first trial of an RMBS repurchase case brought by a trustee, Mr. Joseph formulated and presented the expert case concerning statistical sampling and automated valuation models (AVMs), including direct and cross-examination of witnesses and argument. The trial resulted in a victory for U.S. Bank.

Mr. Joseph also argued dispositive motions and was a member of the trial team for defendants in Quadrant Structured Products Co. Ltd. v. Vertin, a direct and derivative action by a noteholder. At trial in the Delaware Court of Chancery, Mr. Joseph formulated and presented the defense of the independent director defendants and the expert case concerning life insurance securities and tax, including direct and cross-examination of witnesses and argument. The trial, called by AmLaw Litigation Daily a “literal bet-the-company case,” was a complete victory for Mr. Joseph’s clients.

Mr. Joseph has represented both plaintiffs and defendants in actions involving complex financial instruments, including:

Mr. Joseph joined Kauff Laton Miller LLP from Quinn Emanuel Urquhart & Sullivan LLP. Prior to that, he was at Debevoise & Plimpton LLP.