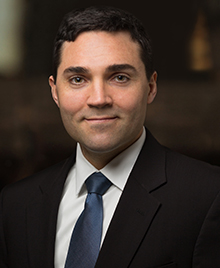 Jonathan Perrelle is a seasoned litigator with significant experience in commercial disputes. Jonathan has litigated matters involving federal and state securities law, breach of contract and breach of fiduciary duty in state and federal courts, and argued at the trial and appellate level. His primary areas of practice include complex commercial litigation, representing individuals and institutions in the securities industry in litigation and regulatory proceedings, and white collar defense and internal investigations.

Prior to joining Kauff Laton Miller LLP, Jonathan was a litigation associate at Cleary Gottlieb Steen & Hamilton LLP and a litigation boutique. Jonathan also co-founded and served as legal counsel for a biotechnology start-up.

Some of Jonathan’s representative matters include: